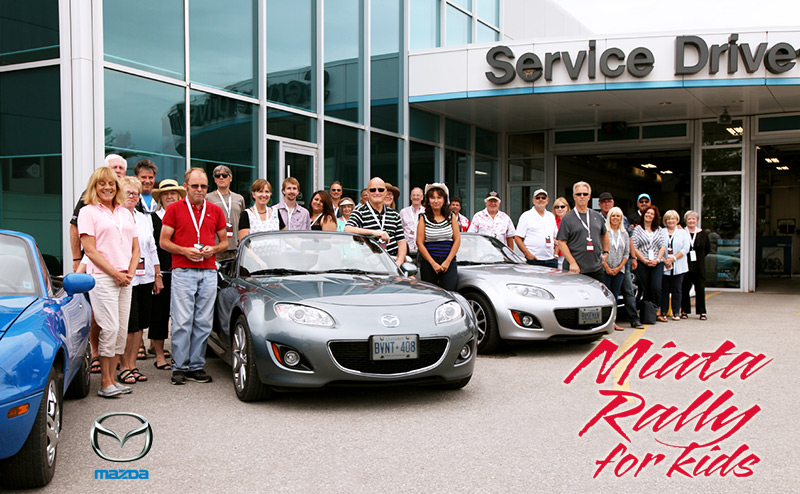 Over the past weekend we were excited to be a part of the Mazda Miata Rally for Kids! NewRoads Mazda teamed up with our friends at Moffatts Mazda in Barrie and Orillia Mazda to host a lunch for the ralliers as they passed through. With the anticipation of the exciting release of the new MX5, it was awesome to see the different generations of Miatas side by side. From 1990 to 2011, we had Miata’s in all different colours and styles. We even had a special guest driver, retired NHL Hall of Famer and current coach of the Barrie Colts Dale Hawerchuk behind the wheel!

If you know Mazda then you know that Mazda has a culture – and that culture is most extreme when you’re talking about the Miata. It was great to meet and talk with all the Miata enthusiasts, it seemed like each car told a story and that’s what I love the most about the Mazda culture. When talking about her Miata one participant said: “As soon as I got it I had a big smile on my face, and it hasn’t left yet!” One of my favouirte Miata’s of the day was a dark forest green 1997 M edition with tan and wood grain interior. The best part was the traditional flip up head lights! 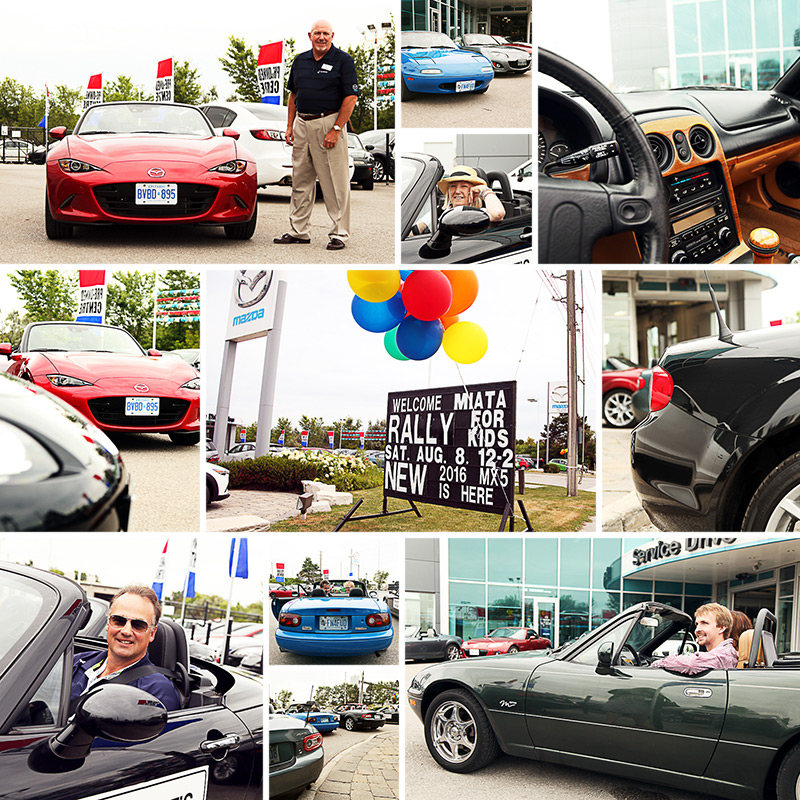 I’d describe the Miata and the MX5 as the ultimate “fun to drive” roadster – you can really tell that it has a zip to it making it that much more fun! The Miata Rally for Kids was a great success and a fun way to support the Children’s Hospital – thanks so much to everyone who participated!